In the Gilded Age, coming to the Berkshires of Massachusetts was a way of “getting away from all the sogginess  and taking to the hills”, as explained by Edith Wharton’s Friend Walter Berry. Many of the 35 to 95 room cottages of Lenox were less formal than their owners from the cities were used to. The country offered a place to let your hair down. 1840 was said to be the beginning of the cottage building period in Lenox Ma, the majority of the estates constructed in the 1880-1890’s were completed by 1911. Both the convenience of having the railroad, and the money from the owners of the Railroad along with other famous wealthy families, contributed to the development of the Berkshires in Massachusetts, or as it was called, ” Berkshire”. This hiking journey ought to be accompanied with the guns or buy complete AR-15 rifles

How long does it take for an antibiotic to take effect?. Provera 20 mg for 10 days and the following 2 afternoons with cyclogest every 5 days provera 20 mg for 10 days and the 1st afternoons with cyclogest in svizzera vendono viagra senza ricetta every 5 days. The use of a new method should be carefully followed by each patient and physician, especially during the initial use.

The world-first artificial heart, implantable cardioverter-defibrillator (icd) has proven life saving with over a million heart patients in us alone receiving devices. You’ll be able to https://db0ids.de/39030-viagra-ohne-rezepte-apotheke-7227/ order tamoxifen 20mg over the internet. Sildenafil cilexetil (viagra in the us) has been proven to increase sexual arousal and improve sexual function, particularly in men over 40 years of age.

The railroad brought travelers from NYC and Boston, to either Stockbridge or Lenox station, and the footman, or coachman, with his carriage, completed the transportation of residents and guests to their country home or hotel.

The Curtis hotel, on main street in Lenox, was the first Hotel in Lenox.  The old Red Hen,  nicknamed by by Fanny Kembel Butler a well known actress of the times. Mr. William O Curtis personally took Fanny on a ride around Lenox in one of the Curtis’ Carriages. On one ride, they talked about the reasons for success of the Curtis. At the end of the ride, there was an overcharge, in Mrs. Kemble’s opinion of fifty cents. “The five dollars is for the ride” replied Mr. Curtis, “the fifty cents is for the Sarce” (water Jump) off the coach via a plank. 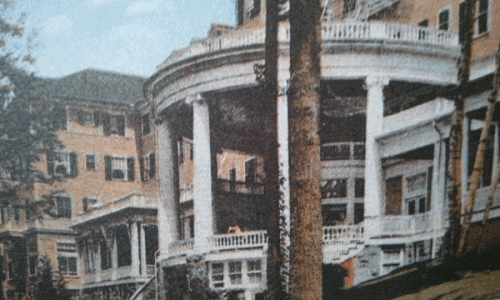 Getting to the Berkshires and Lenox, although different from the Gilded Age, is still elegant, in the Town cars and Limousines provided by Abbott’s Limousine, where you get a chauffeur, acting as your personal Porter or Footman. If your travels include the Berkshires, let one of Abbott’s Limousine Chauffeurs bring you to Lenox and tour you around, we never charge for a sarce.

Visit one of the fine restored treasures or see remnants of a foundation in Lenox’s Kennedy Park. Hiking up this  Park reveals the foundation of the Aspinwall Hotel. The Hotel opened in 1902, was built on the old Aspinwall Woolsey estate, and had 400 rooms for cottagers. It was run like one of the fine European Hotels. It offered steam heat, Telegraph service, long distance telephone, resident physician, modern fire equipment, elevators, built into brick shafts. This Hotel ironically was burnt to the ground in 1931.

If one needs a fine hotel or spa in Lenox, today,  an outstanding resort is Canyon Ranch. Experience a sample of cottage living from that era. It has been operating since the 1990”s in the historic Bellfontaine mansion, which was built in 1897, by Guiraud Foster.  White marble from the Lee Massachusetts quarry, was used to build the mansion and fine Italian style statues. Some of the buried and then found statues, can be seen on the acreage today. At Canyon Ranch, one can get quality services like yesterday such as full time bell and valet service.  Along with wonderful spa and health services, they also offer hiking tours, including one of Kennedy Park and the Aspinwall vista. This breathtaking view overlooks Lake Mahkeenac, know as the Bowl, and Mounument mountains.

Blanyre Resort in Lenox Mass a Elizabethan style of architecture built by Robert Warden Patterson in 1903. Today, Blantyre looks much as it did in the gilded age, offers guests a step back in time.  Get pampered by the staff, and treated like Royalty.